We are publishing this introduction to charming Quebec City, Canada, by guest author Sharon Kurtz, during unprecedented times while the world is closed to travel. Our hope is for this, and all Re-CreationWORLD material, to be a source of inspiration for your dreams and planning future world exploration. Travel bans will likely be lifted cautiously and it may take a while for even the most intrepid responsible travellers to feel comfortable venturing too far afield. So... for those of you living in North America, this just might be the year to take your "European Vacation" closer to home... 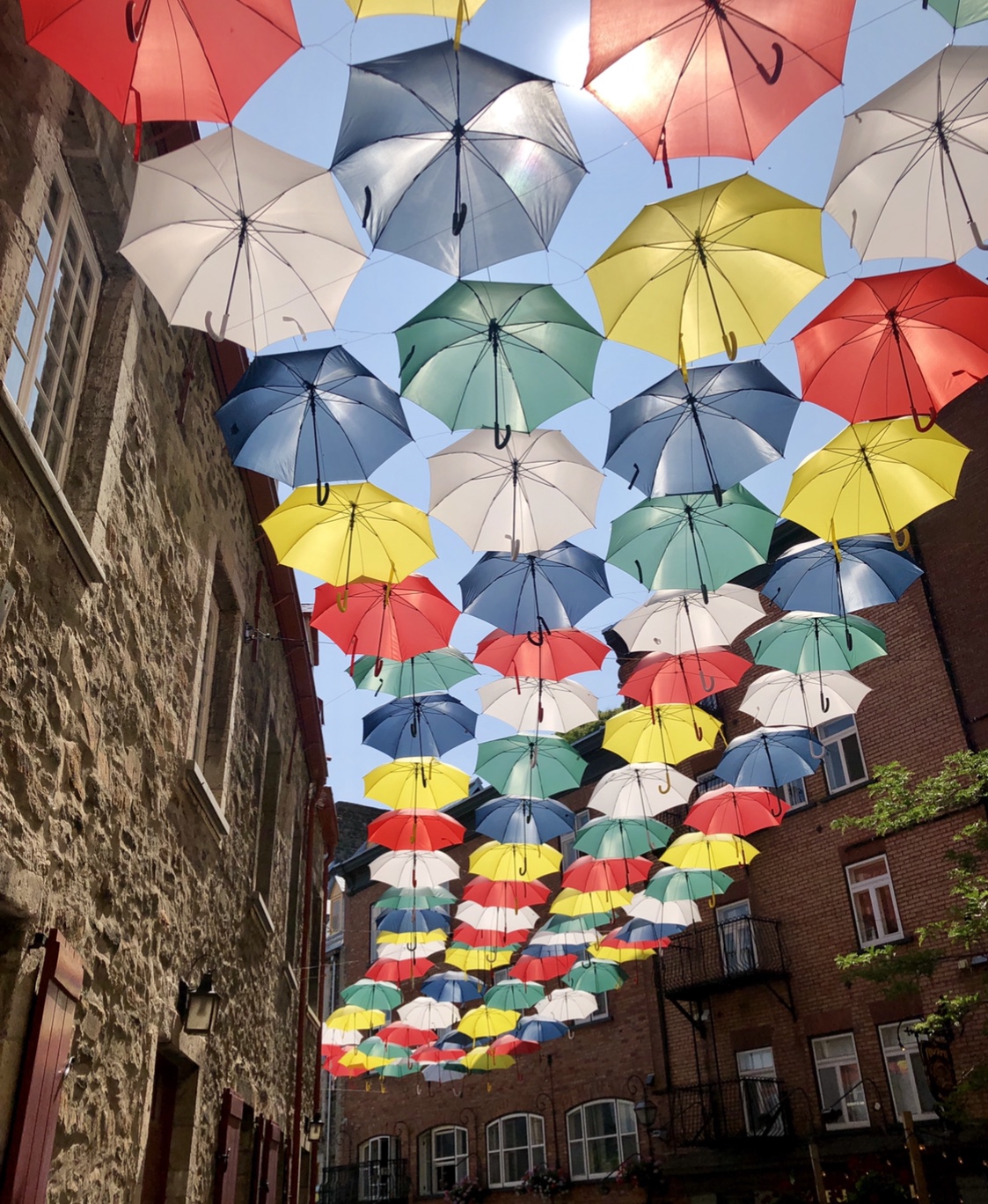 The crown jewel of French Canada, the City of Quebec is often hailed as North America's capital of Joie de Vivre. Founded by French settlers in 1608, Quebec City has clung tenaciously to its roots. The immersion in the French language, history, and culture creates the feeling of being worlds away.

The city's cultural heritage has made it a mecca for lovers of history, architecture, and art. Dotted with parks, narrow cobblestone streets, and outdoor cafes, whether you're a history buff or nature lover, Quebec City has something for everyone.

What Makes Quebec City so Unique?

Quebec City has a European-style charm that is all its own. Founded as a fur-trading settlement along the St. Lawrence River by Samuel de Champlain, the architecture of Quebec City reflects its mixed colonial history.

The Historic District of Old Quebec became a UNESCO world heritage site in 1985 and is considered a world heritage treasure given its distinction of being the only walled city north of Mexico.

The many cannons around the city are remnants of the struggle between the French and British for control of this strategic location. The British won the decisive battle in 1759, gaining control of this vast territory and changing the fate of Canada. So, you ask, "if the British won, why do they still speak French here?" It was all in the peace negotiations that led to the Quebec Act of 1774 that restored French civil law and preserved the French language.

Passing through the Saint Louis Gate (Porte Saint-Louis), one enters the original old town (Vieux Quebec).  The historic gate and 18th-century walls are part of the city's extensive fortification system.  These walls that once protected the city now house a functioning quarter where people live and work.  Horse-drawn carriages, flower-filled window boxes, and winding cobbled streets are in sharp contrast with the bustling modern city outside the walls.

Cliffs divide the Upper and Lower Towns that comprise Quebec, and travel between the two towns can be accomplished using the funicular railway. Constructed in 1879, the railway traverses up a steep 45-degree incline. Of course, one can also trek the famous Escalier Casse-Cou, or "Breakneck Steps," Quebec's oldest staircase, dating back to 1635.   Personally, I recommend taking the train up and walking down while enjoying the views of the St. Lawrence River below.

I like to start my exploration at the upper town, heading first to the Dufferin Terrace and the Champlain Monument that pays tribute to the man who founded the city in 1608. This grand boardwalk promenade looks much as it did in the late 1800s when ladies with parasols and gentlemen with top hats strolled arm in arm on summer afternoons.

One of the most enjoyable activities is sitting at a street-side table with a refreshing drink, watching the world go by. Another favourite is Quebec's own open-air art gallery on Rue du Trésor, where local artists display their prints and paintings of Quebec scenes. The short street is always busy with browsers and sellers - don't be shy about bargaining.

Fairmont Le Chateau Frontenac is said to be the most photographed hotel in the world. A designated National Historic Site since 1980, this prominent feature of the Quebec City skyline has numerous towers and turrets, making it look like a fairytale castle. The hotel was constructed in 1892 by the Canadian Pacific Railway Company. Known locally as "Le Chateau," the hotel today, with its copper roof with aged green patina, is an iconic landmark of the city.

Sitting on the southeast edge of Old Quebec, the Quartier Petit-Champlain is the oldest shopping district in North America and a great place to pick up souvenirs. You'll want to wander around and admire the many charming cobblestone streets loaded with photo ops.

Place-Royale is the central plaza in the historic lower town, which was once the site of Champlain's original settlement. Dating to 1688, the Church of Notre-Dame-des-Victories is the oldest stone church in North America. Be sure and take-a-peek inside to view the ornate architecture and decorations (free of charge to enter).

Quebec City is a photographer's dream. With its narrow cobblestone streets, historic sites, and incredible scenery, make certain to allow enough time to stroll the lanes, browse the local markets, and explore the unique places along the way. Feel the history and make your own discoveries. So, put on your walking shoes, grab a camera, and enjoy a deep dive into history.

Quebec City Tourism is a great resource for further inspiration and to help you plan the specifics of your trip.