5 Reasons to Plan a Seaside Escape to Argyle, Nova Scotia

We always get excited when we uncover accommodations, celebrations of local cuisine and fun community-centric explorations all wrapped up in a humble, quaint, away-from-it-all place that we know for sure will become a favourite escape. And the wonderful thing is... this one comes with lobster, beautiful sunsets over the ocean, it's own special joie-de-vivre and... did we mention the lobster fresh from the sea (sustainably sourced of course)?

Sandra Phinney delights us with her top must-see, must-do list for one of her favourite close to home escapes. 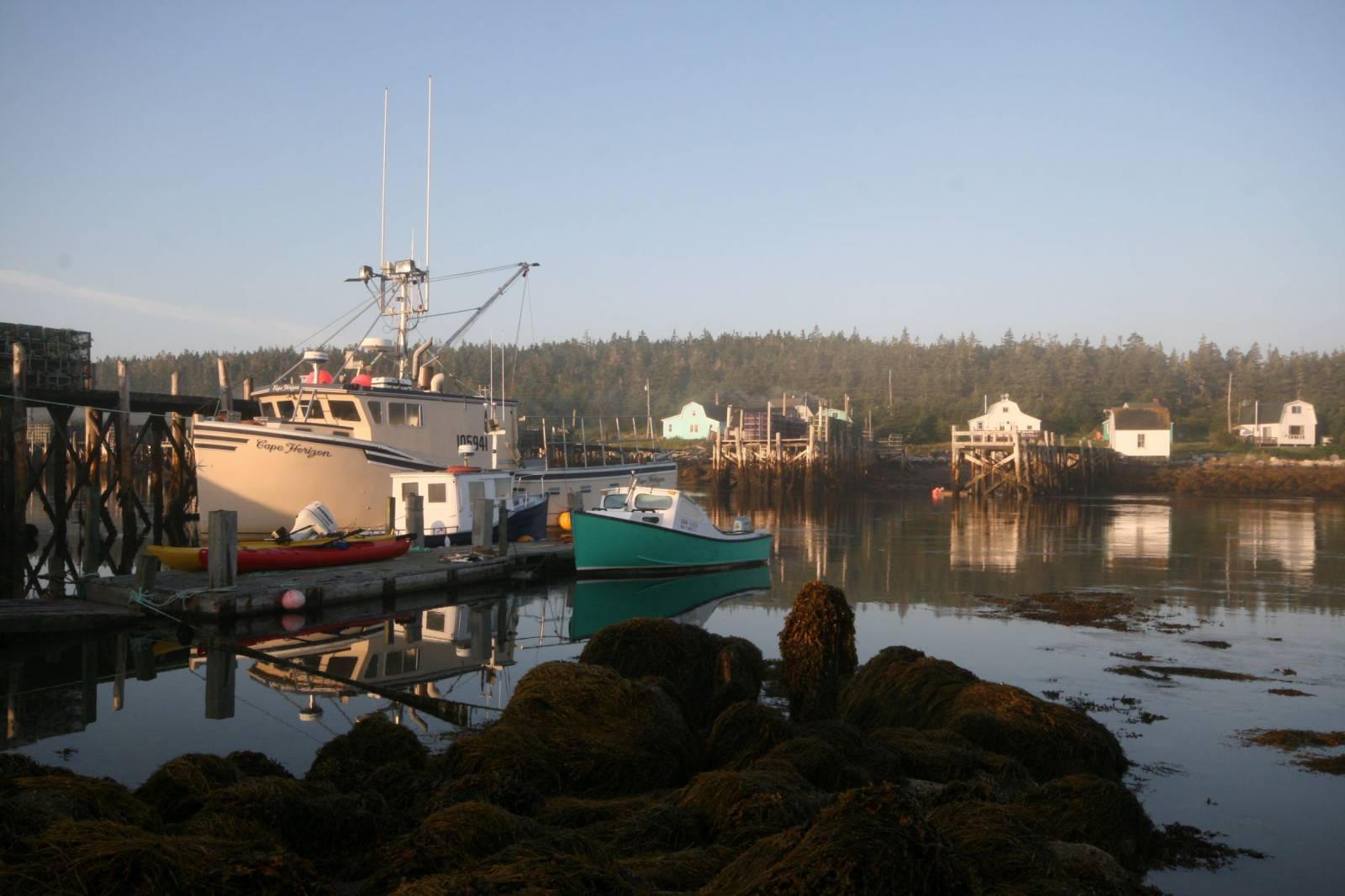 The minute I step off the lobster boat onto Big Tusket Island, I'm smitten. It's a feeling that happens every time I join Capt. Lucien LeBlanc and his brother Simon on their Tusket Island Tours out of Wedgeport, NS, (in the Municipality of Argyle.)

Perhaps it's the smell of salt and seaweed in the air or the sense that the world has stopped spinning.  Whatever the reason, it's always a pleasure to be here.

Local lore says there are 365 islands, one for every day of the year. That's a tad exaggerated, but most agree that there are more than 200. With names like Turpentine, Pumpkin, and Murder Island, each island has a story.

For example, American businessman Russell Arundel bought Outer Bald Island when he was lured to the region in 1948 by the famous International Tuna Cup matches that originated in Wedgeport. Arundel hired locals to build a stone house on the island, and also hatched a plan to turn the island into a separate nation - the Principality of Outer Baldonia.

Its manifesto stated that fishermen are endowed with certain rights, including the right to lie and be believed; the right of freedom from questions, nagging, shaving, women and taxes - to name just a few. The micronation also had its own flag and its own currency, the "Tunar."

In the early '50s, when Arundel acquired a listing in the Washington telephone book as an embassy, Russia denounced the new nation. "Prince Arundel" started a formal protest with the USSR, defending the rights of Outer Baldonia. He also let it be known that he was in alliance with the powerful naval forces of the Armdale Yacht Club in Halifax.

Eventually, the spoof was uncovered. The international joke left Washington scratching its head, Russia furious, and the locals laughing. This is but a snippet of what you can expect to learn from Lucien en route to the islands, where you'll disembark on Big Tusket for a stroll - and fish chowder. On the way back, Simon takes over the mike with entertaining songs.

And this is just one of many reasons why you should spend time in Argyle, a region that encompasses 42 coastal and inland communities. Rich in culture, history and tradition, the area features fascinating attractions, special events and down-home hospitality.

Before leaving Wedgeport, head over to The Wedgeport Sport Tuna Fishing Museum and Interpretive Centre where you'll learn why the likes of President Roosevelt, Ernest Hemingway and Amelia Earhart were drawn to the region.

Then poke around the Pubnicos. You'll need lots of time. For starters, Le Village Historique Acadien de la Nouvelle-Écosse (locally referred to as "Le Village") is a living museum, depicting Acadian life in the pre-1920 era.

Further along is the impressive Pubnico Point Wind Farm. Bonus: there are well-kept coastal hiking trails on both sides of the windmills.

Another reason to spend time in Argyle? A large portion of the municipality is located in the UNESCO Southwest Biosphere Reserve and the Acadian Skies & Mi'kmaq Lands Starlight Reserve. For an unforgettable experience, head inland to Tim Doucette's Deep Sky Eye Observatory in Quinan (inside the Biosphere Reserve) to experience the beauty of the night sky, learn more about our earth's place in the galaxy and perhaps sleep under the stars in a sky bubble.

5. The Argyler Lodge and Their Cusine and Culture Programs

Back on the coast, if you are looking for a memorable sunset, and a place to call home for a few days while you explore the region, Jonathan Joseph and his wife Elena will take care of you at The Argyler Lodge. Bonus: they've gone out of their way to plan special programs such as the Lobster Bay Culinary Experience, Acadian Kitchen Party, or The Lobster Bay Life, which also includes tours to local breweries, tasting local oysters and a lobster boil.

There are yet more reasons to spend time in Argyle - so be sure to add a few days to discover your own! See 5 Days in Nova Scotia - Halifax and the Bay of Fundy for some other interesting things to do along the Acadian Shores near Argyle. And be sure to find the links to other articles by Sandra Phinney, on her Authors Page, with hints on where to find other colourful spots to explore.

PrevWhy The World Needs More Hostels Like Th...
NextThe Best Hotels and Hostels on the Garde...